Upper Pisang to Braga, then acclimatization day climbing to Ice Lake and back to Braga. Description of days can be found in https://drive.google.com/open?id=1uh-wD04l6mhOLv31VYfJKgfOHxckXzAQWAmdFIqGsaQ if interested –

Later the light and clouds have changed the views 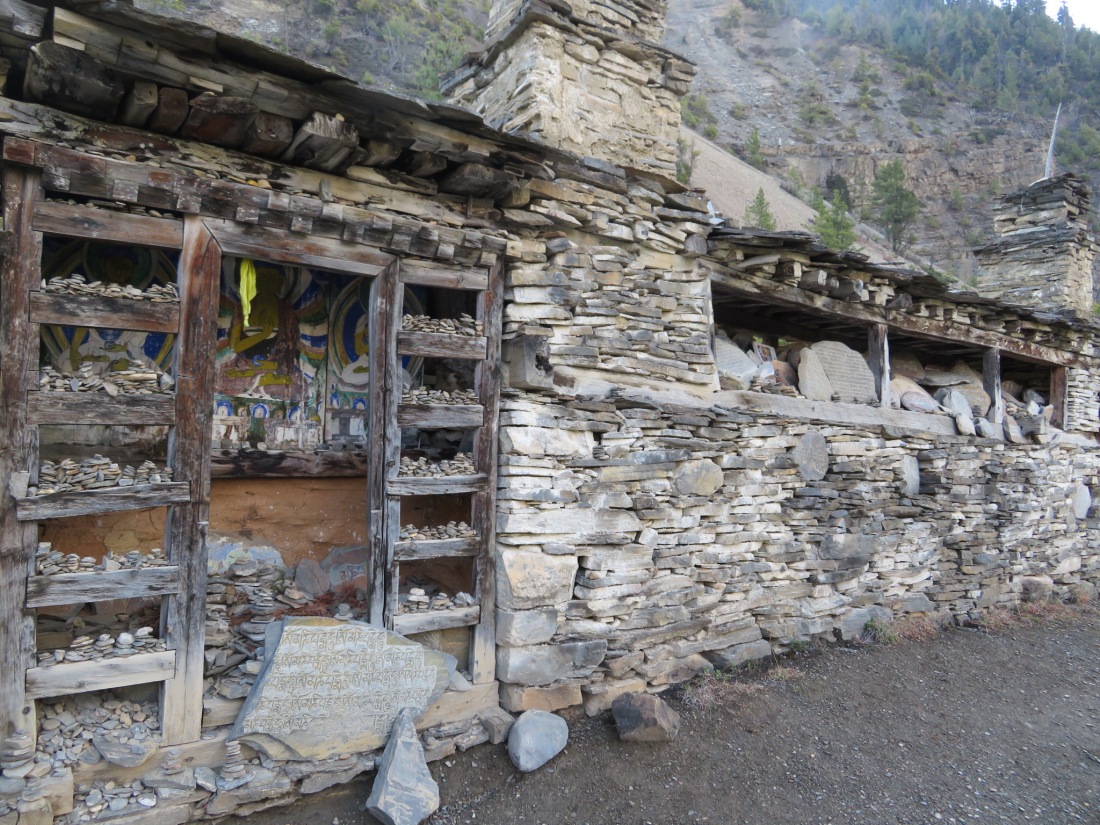 A prayer wall along the way 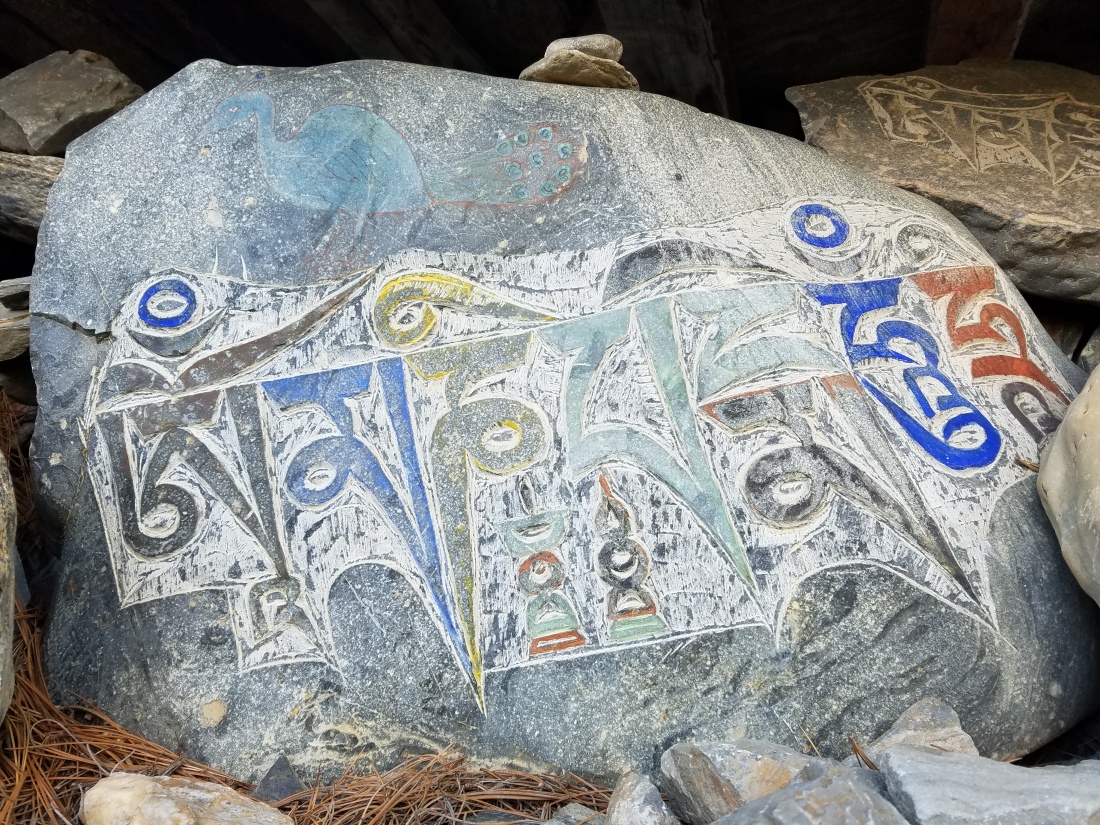 Cool stones in the wall

Looking back to Upper Pisang

A little zoomed in to Upper Pisang – really dug into the side of the hill!

Mandy and the mountains 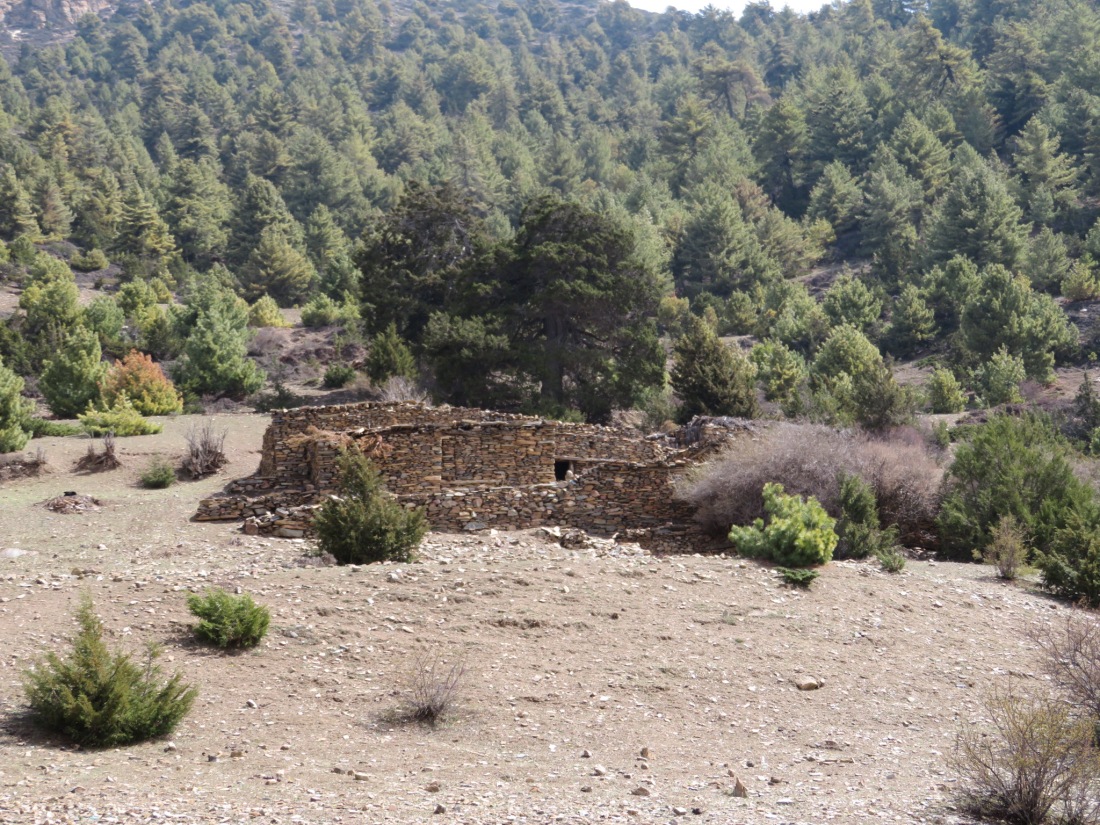 An old ruin along the way 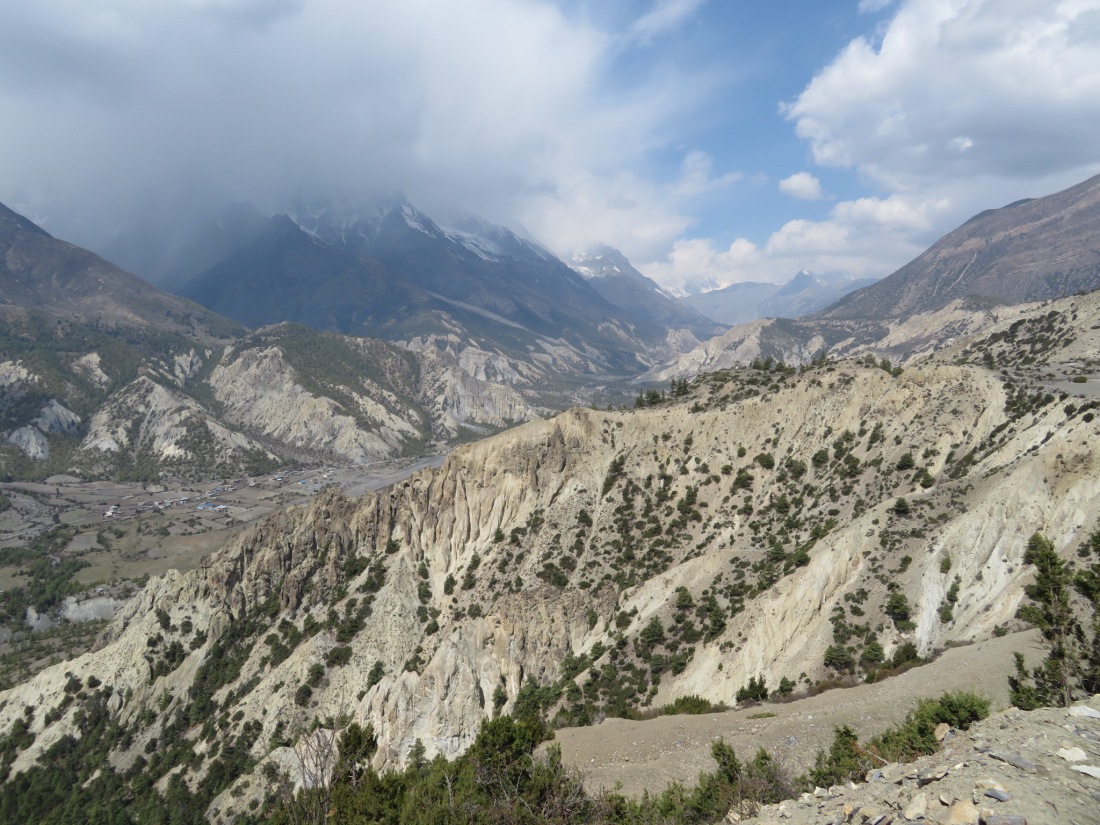 This is supposedly a boarding school, looks very monastery-like 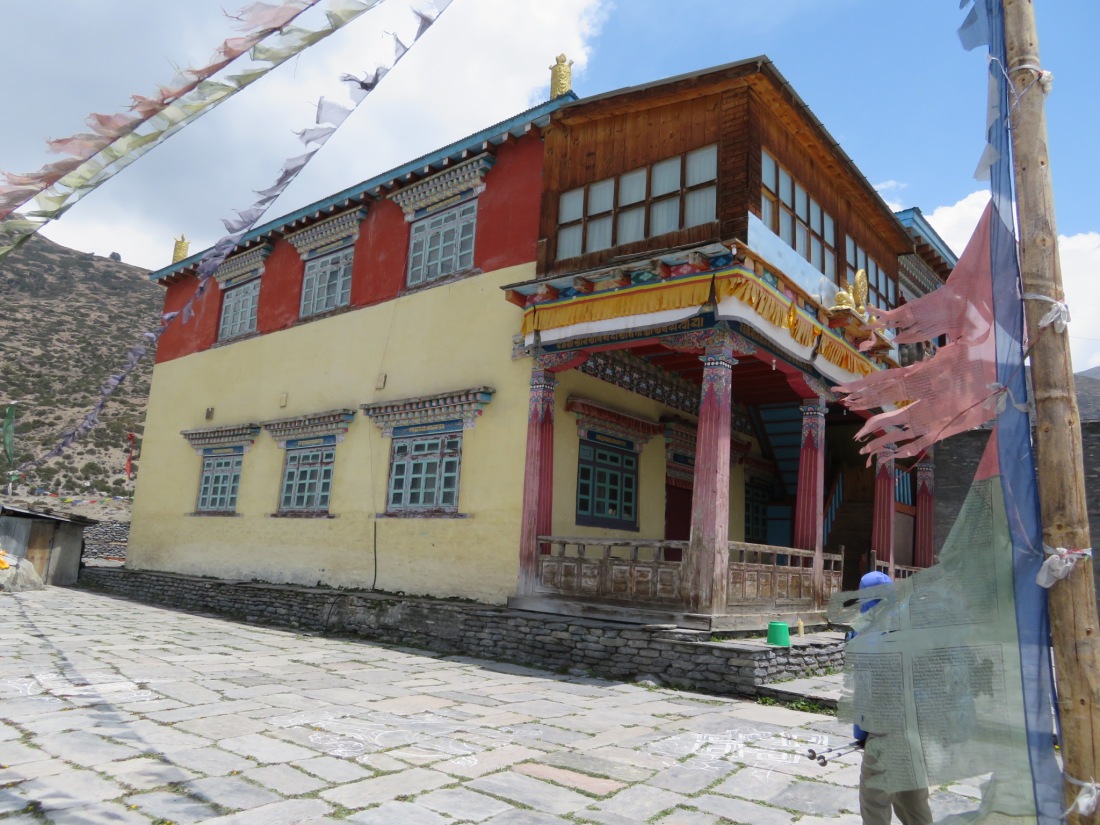 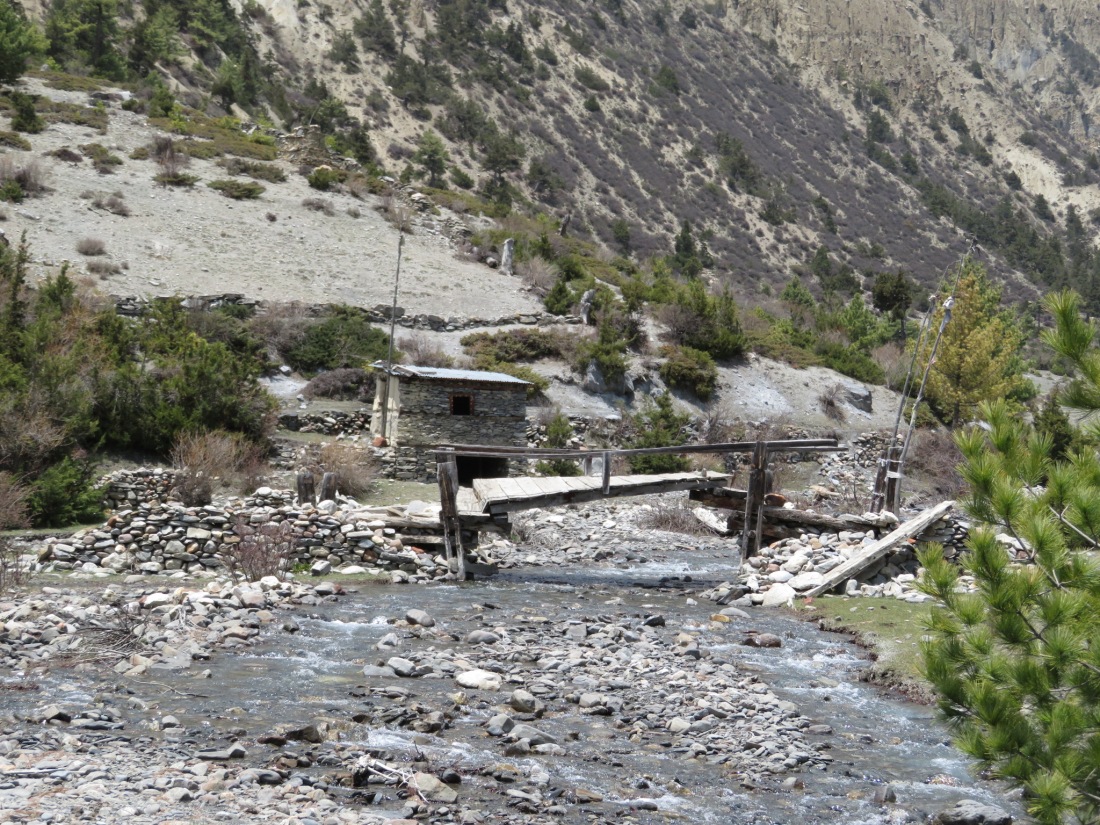 We had to cross this bridge. It was not quite as unstable as it looks… but close. 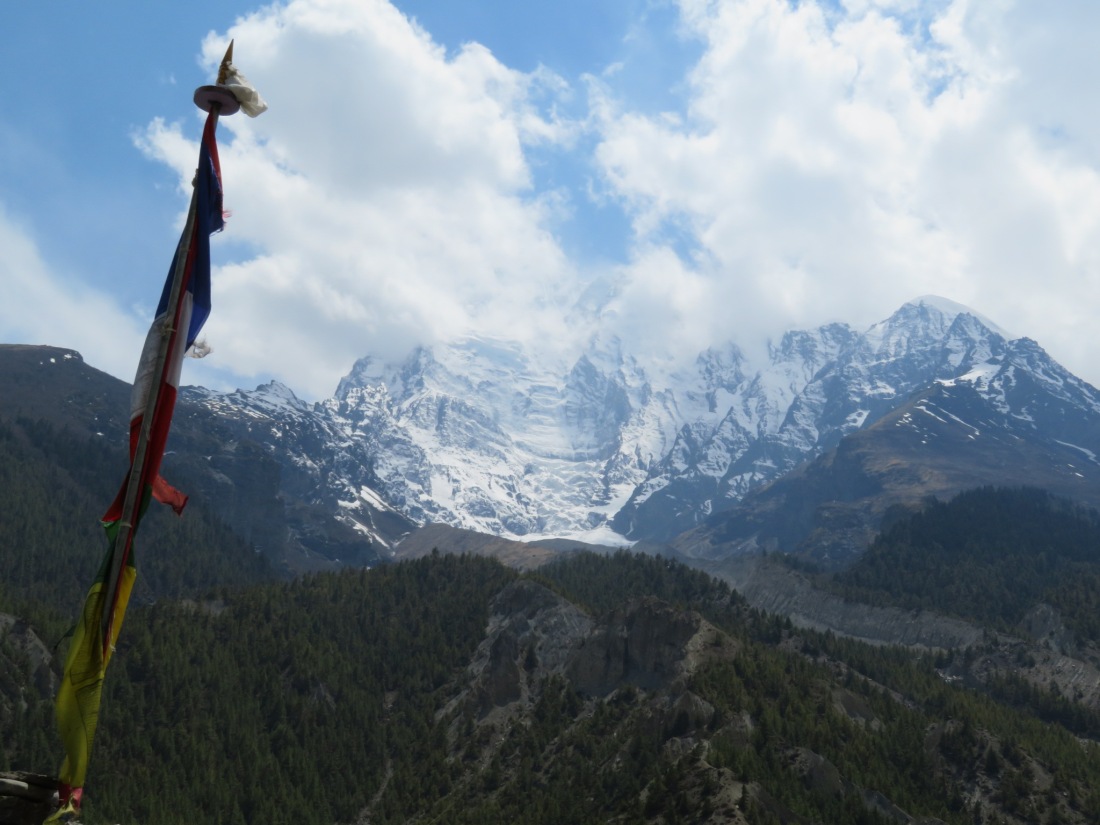 From the tea house 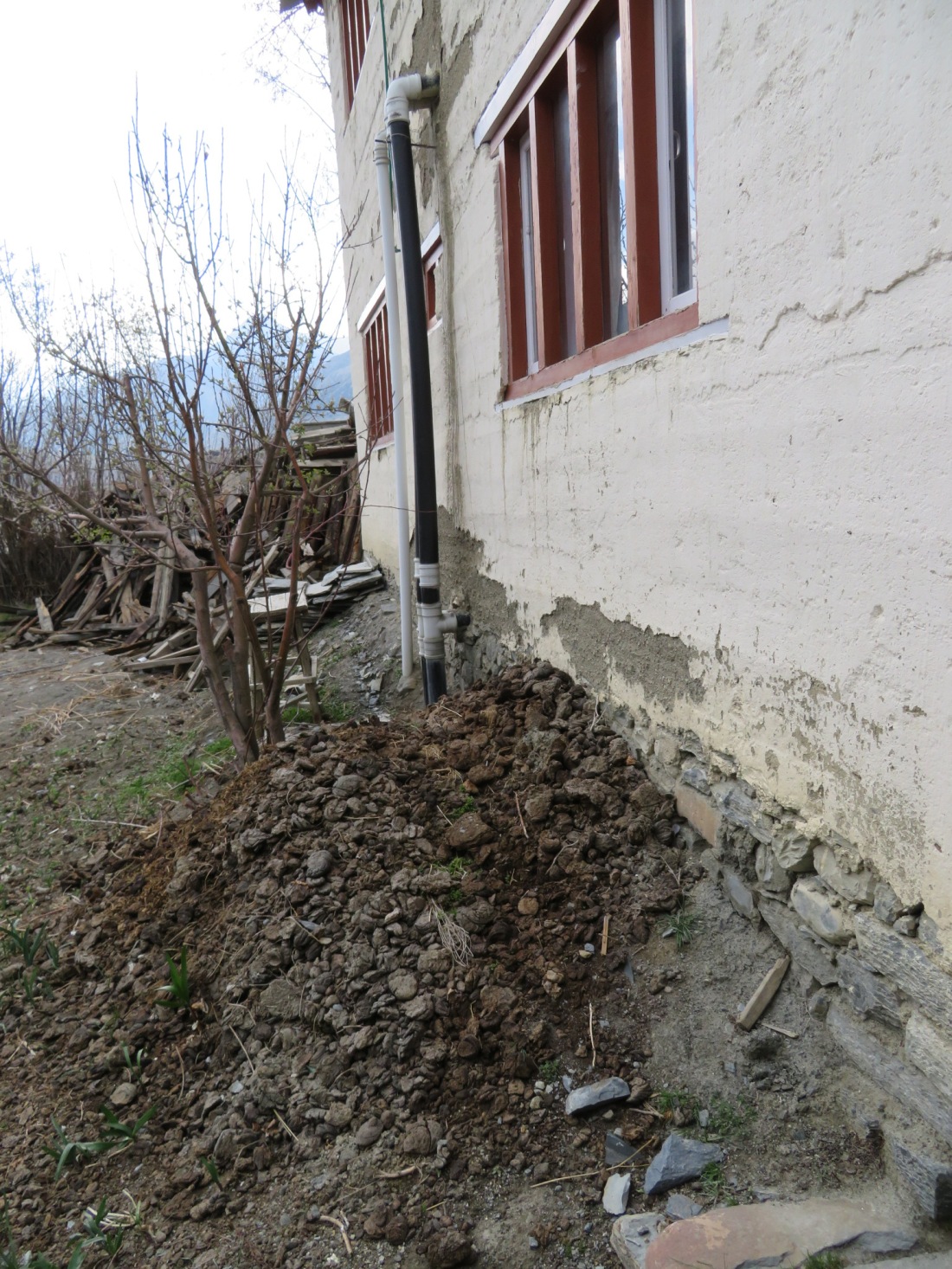 This is the yak dung heap behind the tea house rental rooms – under Tanja and Matthias’ room window…yuck! (Yak dung is used as a fuel to heat common rooms, especially at higher altitudes where lumber is scarce)

The temple on the hill at Braga

View from the temple

dude in the temple 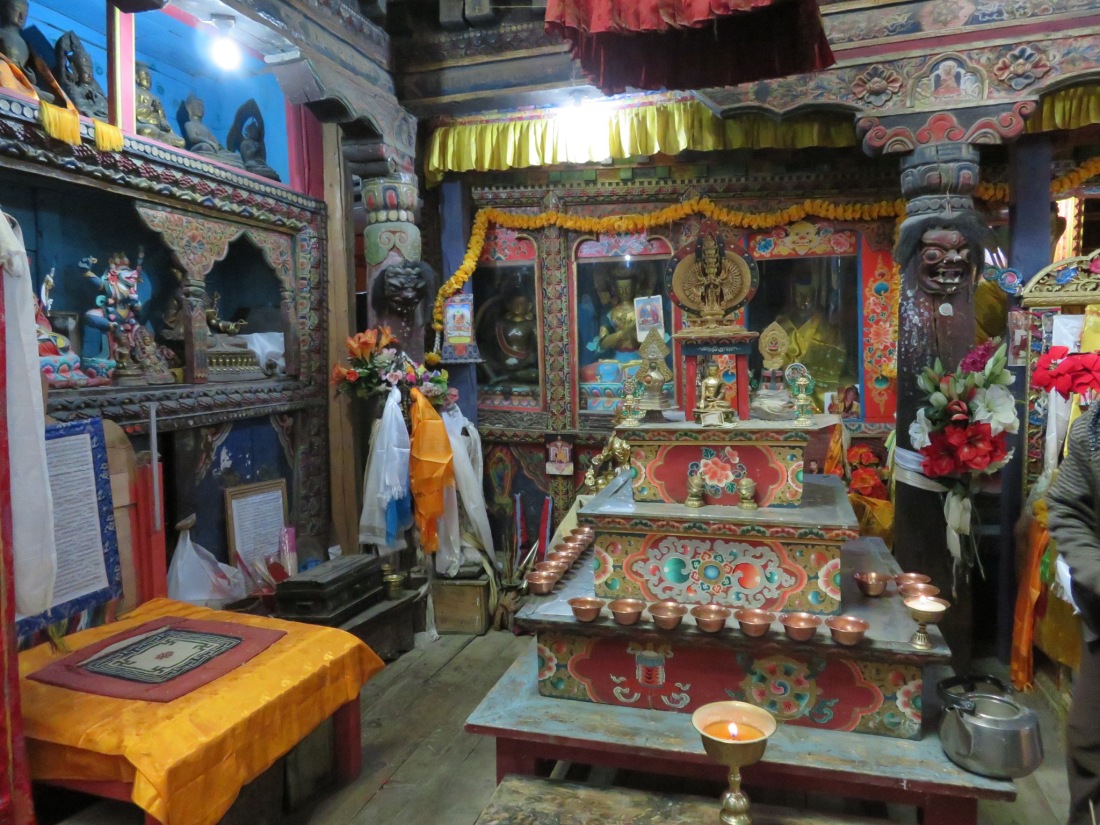 this buddhist temple has manuscripts supposedly over 500 years old. 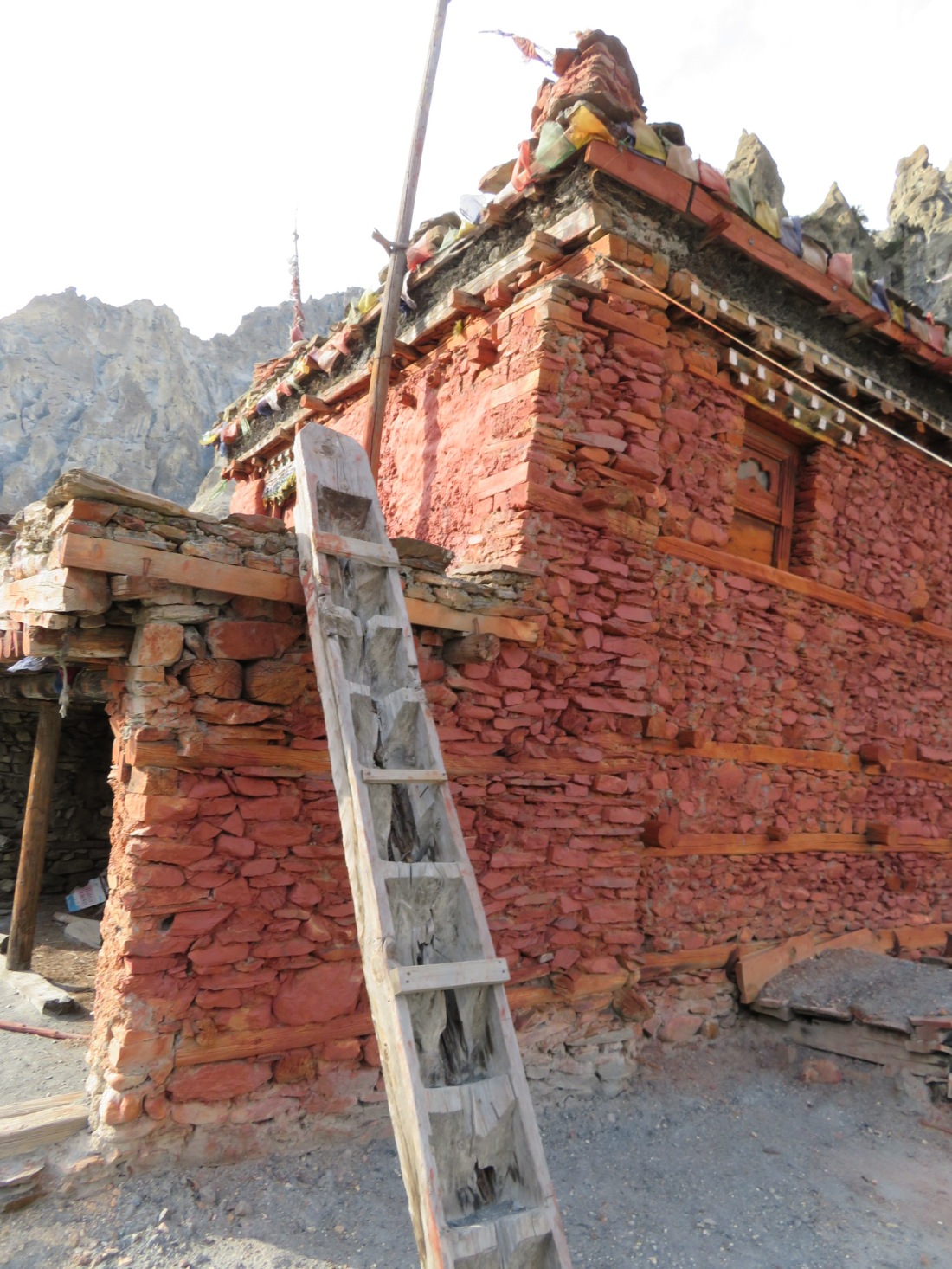 the temple was built on a steep hill, with many tiers, they had hollowed out logs with steps cut in to get up and down levels. Not easy to use! 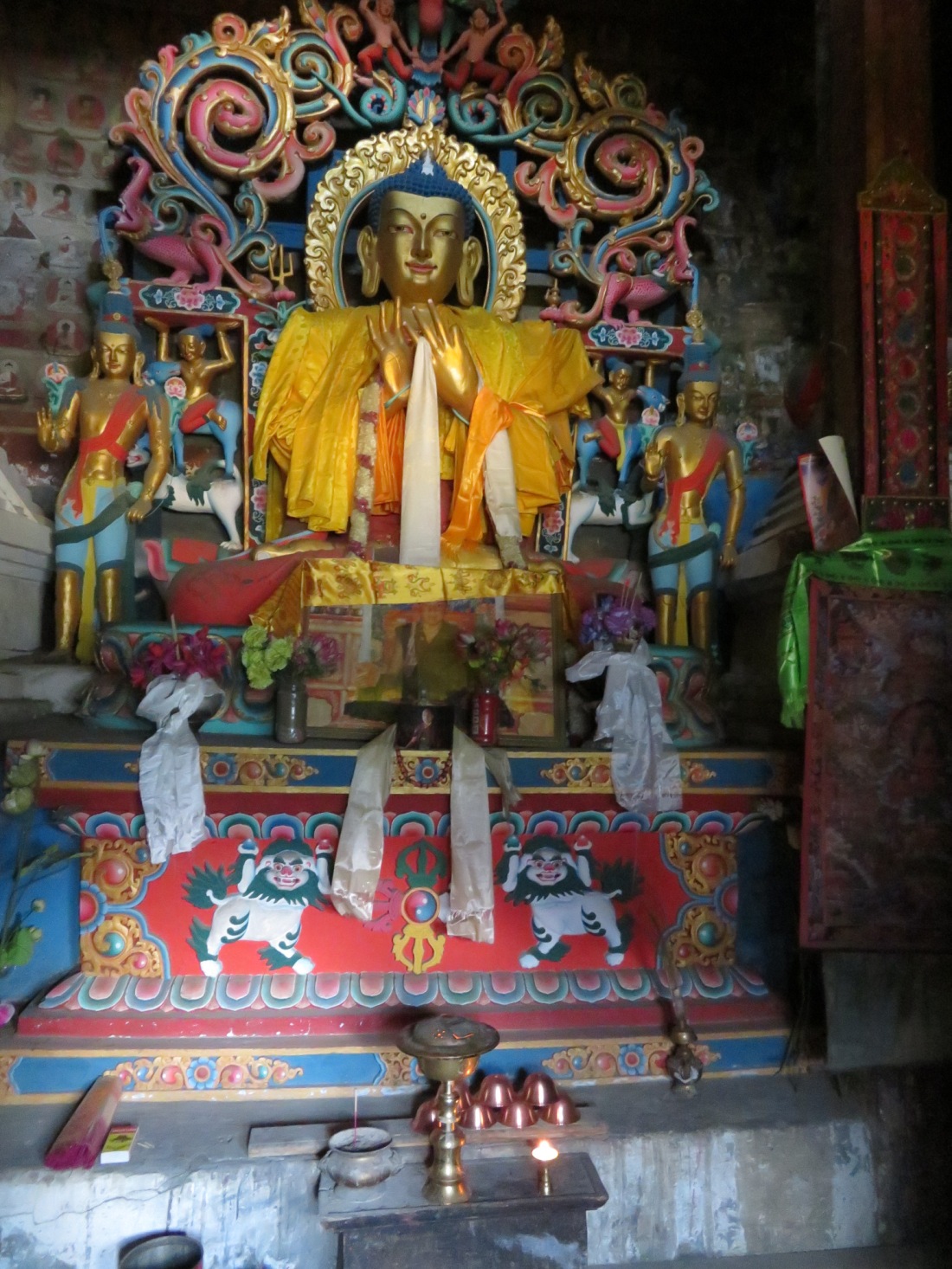 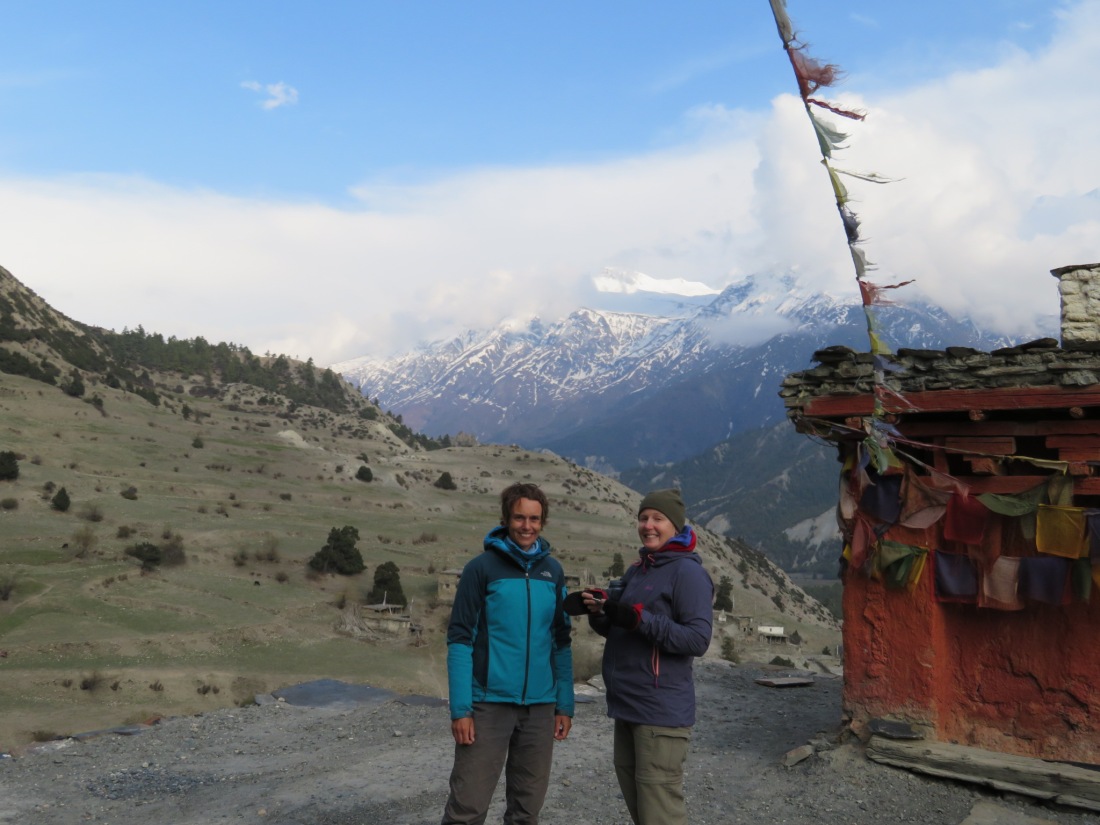 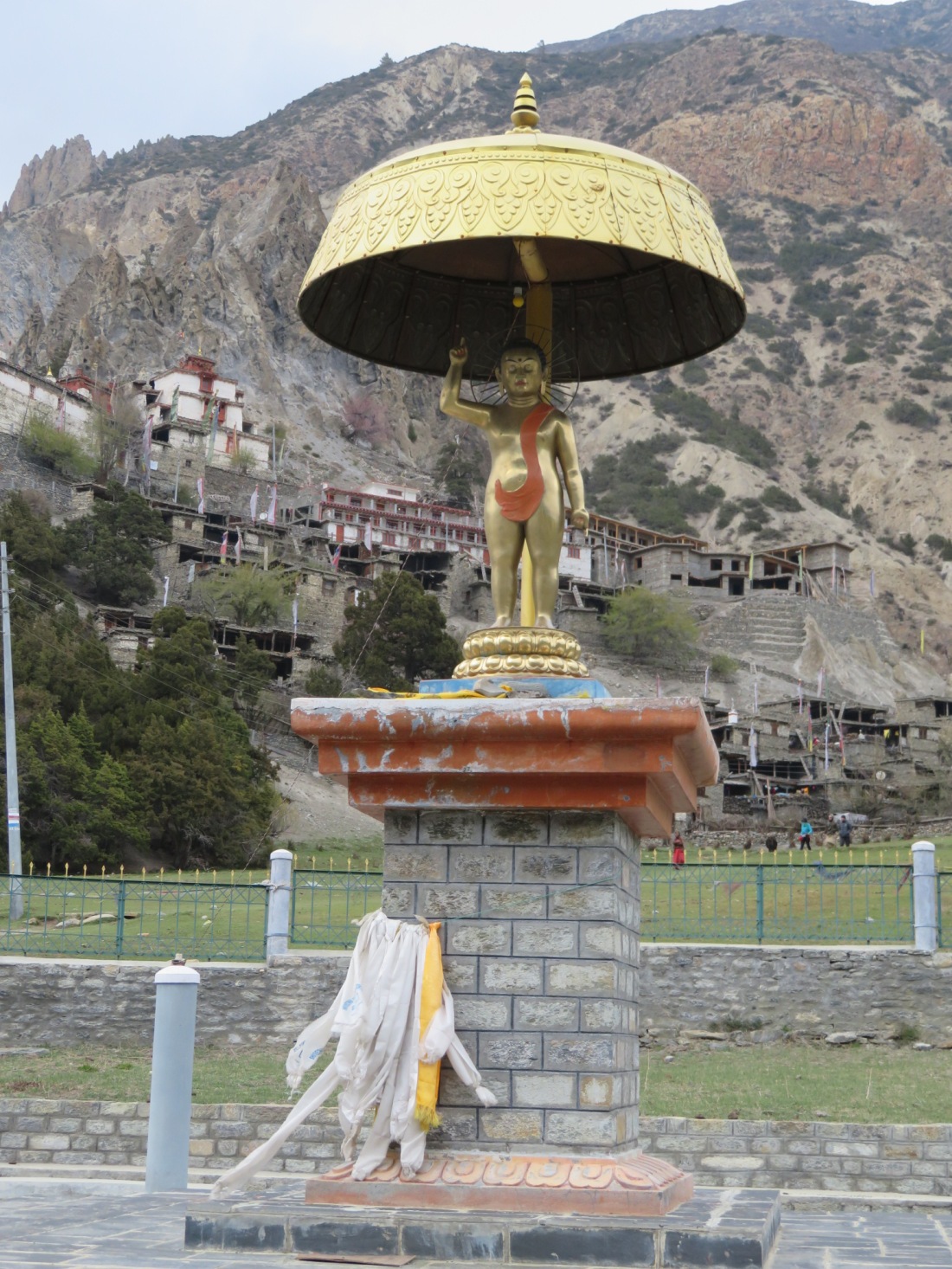 I call this one umbrella Buddha 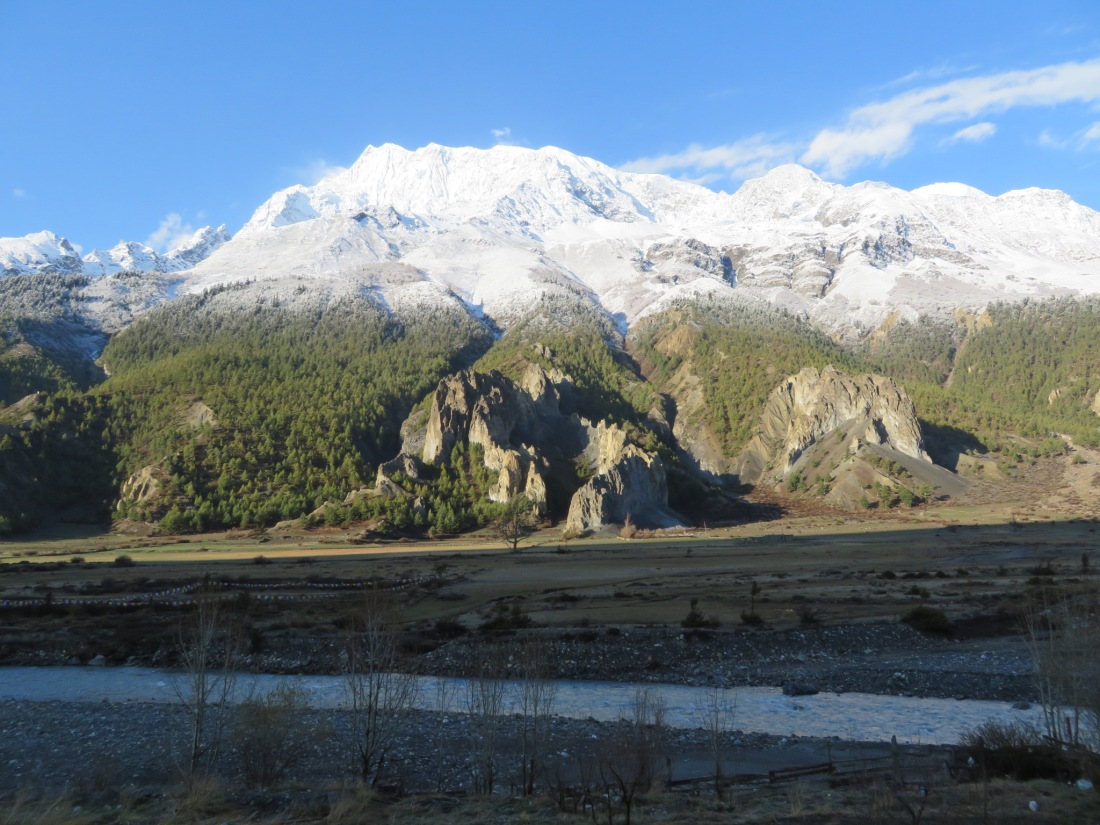 fresh snow on the lower slopes… not a lot, but a concern since we had another ~6,000 feet to climb to cross the Thorung La pass.

Town of Braga on the way to Ice Lake

Buddhist bad boy (don’t know what they are called) on the way to the Lake. Awesome view though

Mandy making her way up to Ice Lake. That’s the valley we’ve climbed up from below. Wicked! 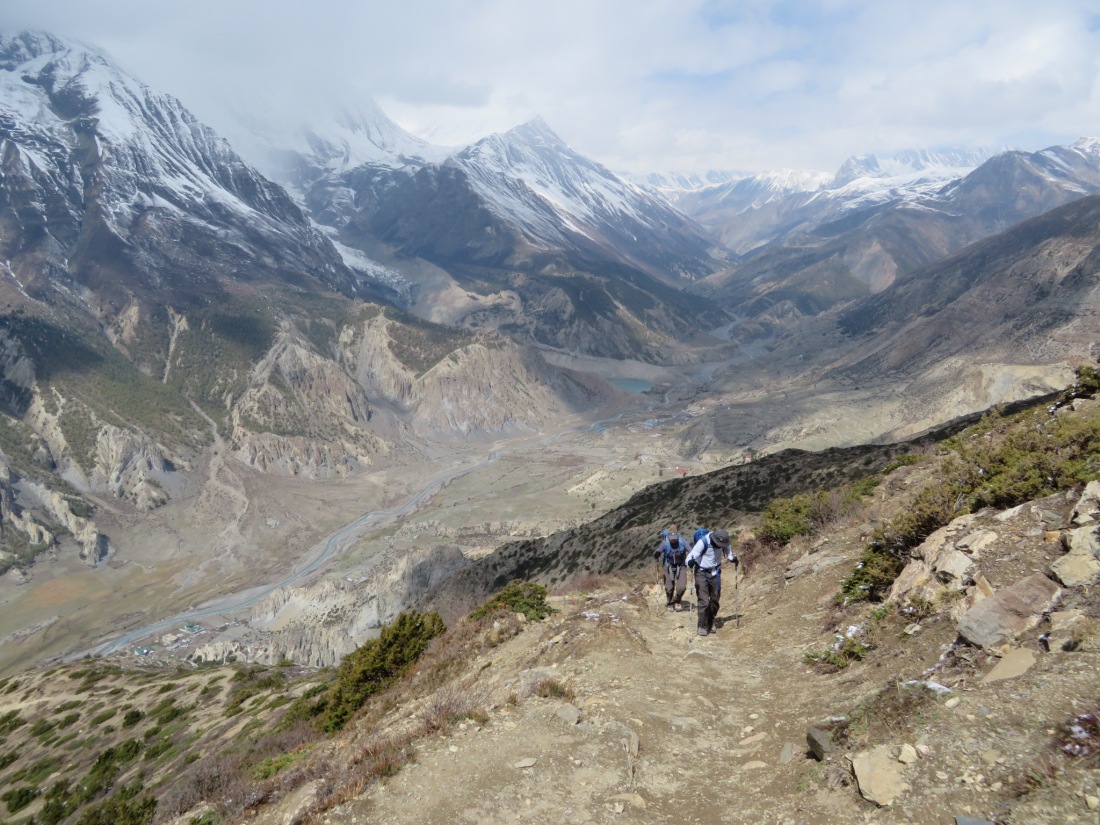 Mandy, Matthias, and Mountains (the 3 M’s) 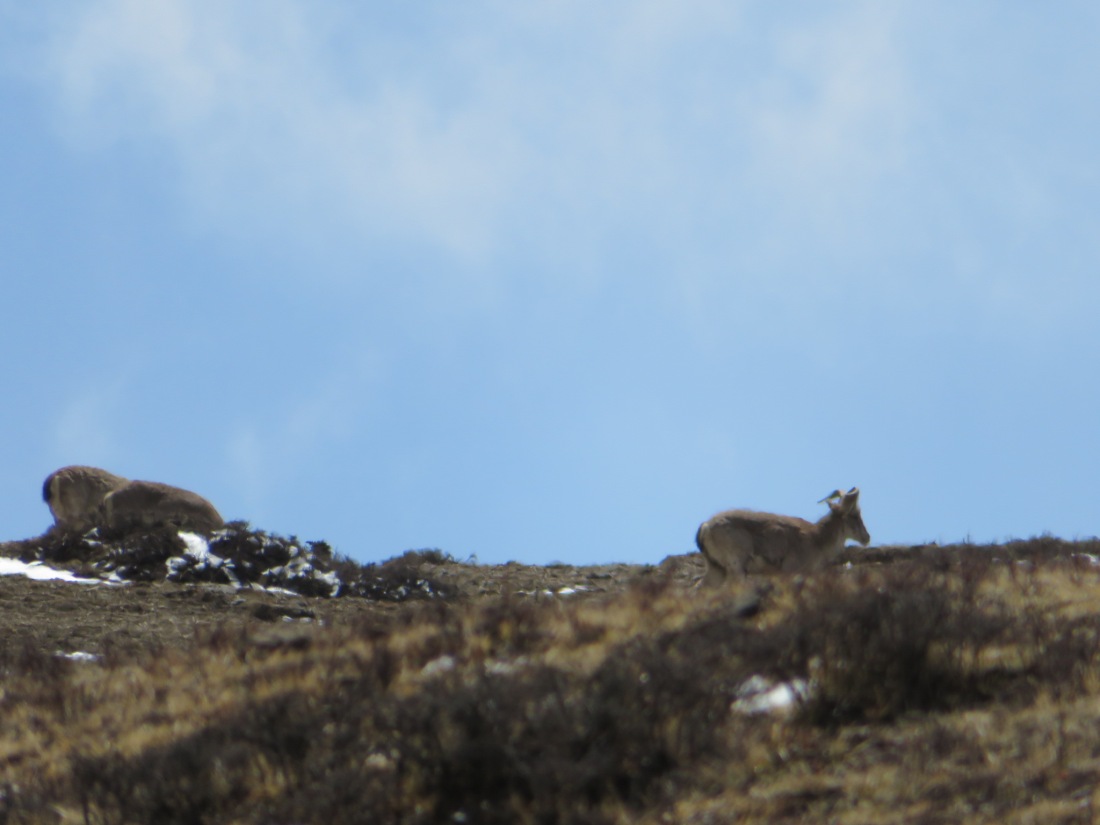 Wildlife on the way up. These guys are at home in the mountains! 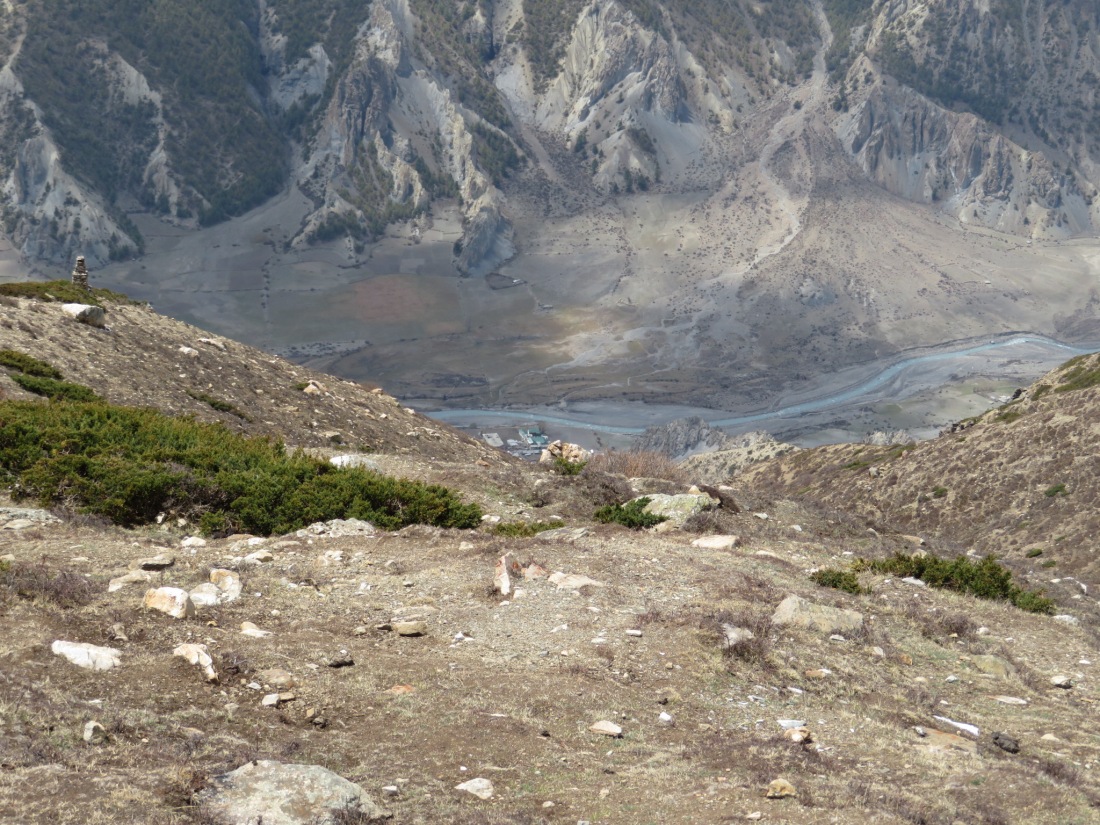 Looking back to the valley floor 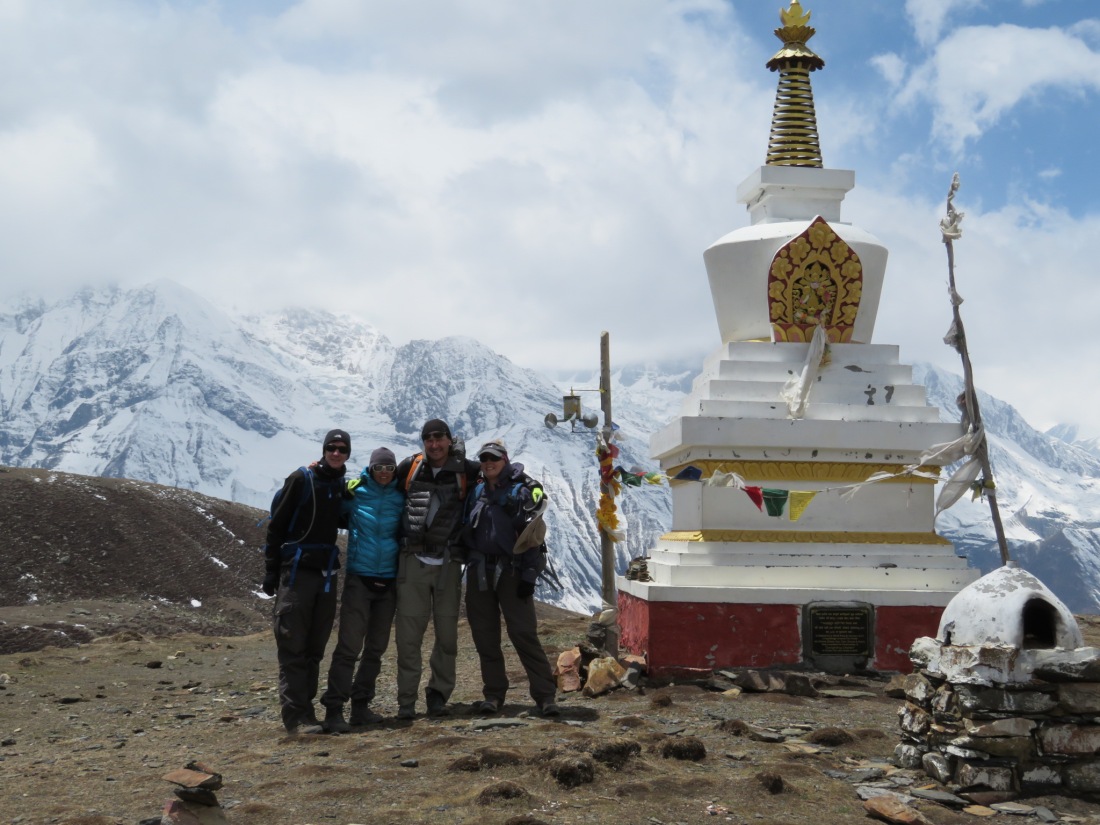 The trekkers at the top!! 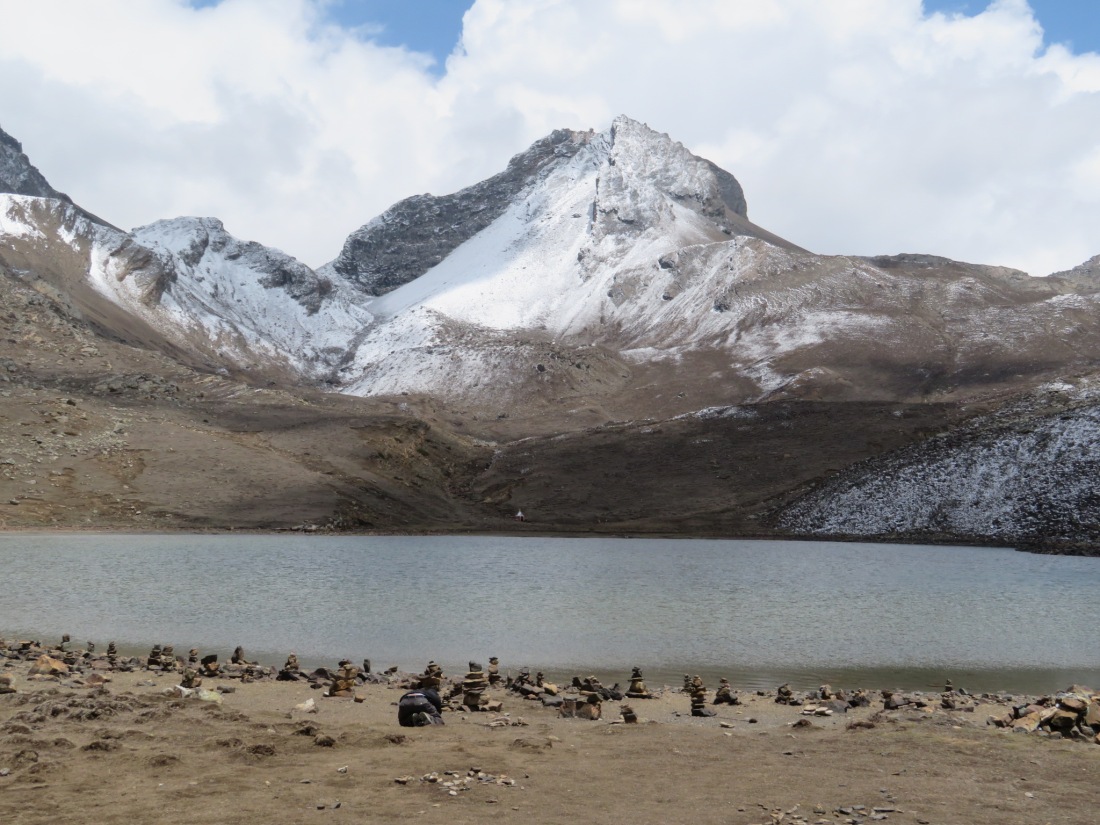 The other way view

happy hikers and the ice lake 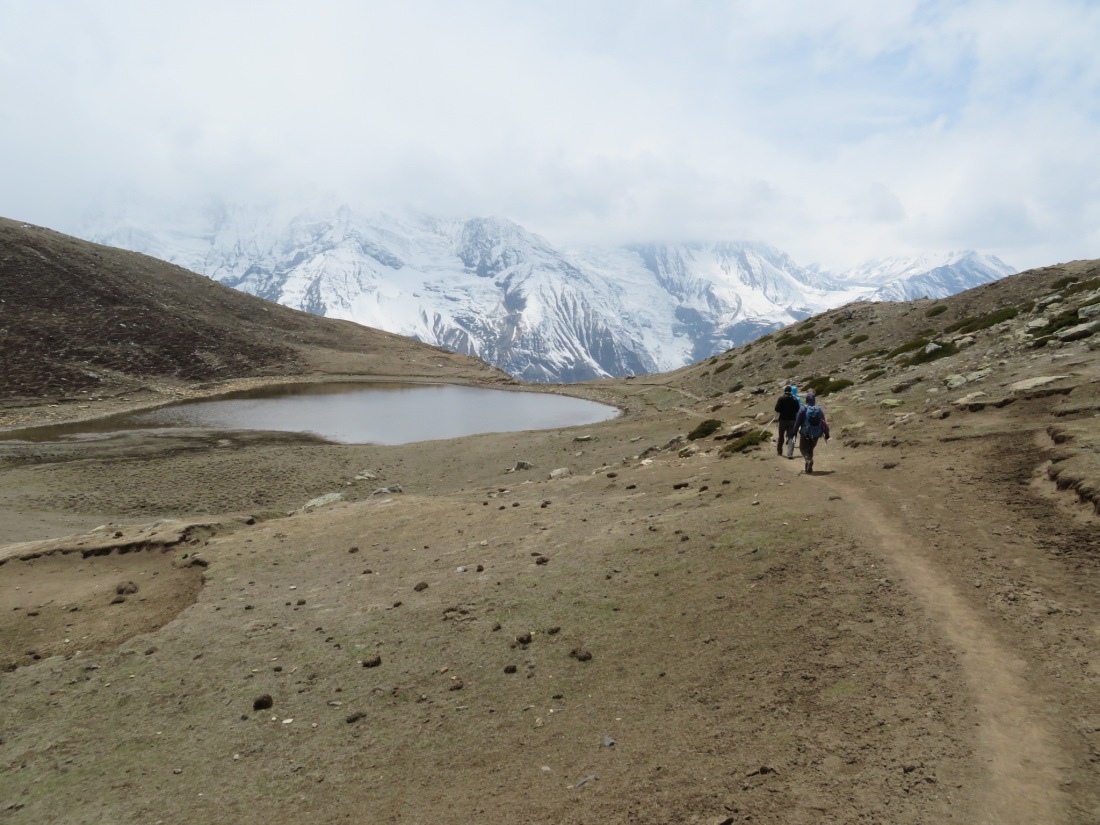 The trail back down with some clouds moving in.

We could use a hang glider now

Us trekkers rounding the ridge, clouded in high peaks in distance. Still great.

We're hoping this is an easier way for our friends to view our photos and follow our stories. View all posts by happyhobohikers